Zone control one is the most modern approach to heating in houses and apartments. It provides the highest comfort and at the same time is one of the ways to reduce heating costs.

Zone heating means controlling your temperature of individual rooms (zones) of a family house or apartment according to a specified weekly time program. The weekly program can be created for each room separately. The program is set to match as much as possible with the usual mode of using single rooms. This achieves living comfort and energy savings at the same time. Remote access to zone control is usually via a mobile app or web.

Remote control can also have several levels. The basic level provides an overview of current temperatures in each room (zone), and allows adjusting to desired temperature in each zone. Advanced levels of remote access can then be used to show data and information about the behavior of the heating system such as current status and parameters of the system.

The monitored object is a terraced apartment building with a basement, built in 1937, and no building imporvements (such as insulation) were done before data collection began. The house has 5 small apartments on three floors. In total, there are 13 living rooms in which Honeywell Home - Evohome zone regulation is now being used.

Heating of the entire building is provided by a gas boiler, controlled by an equithermal regulator with a weekly time program. Individual rooms are heated by cast iron radiators fitted with thermostatic valves.

Period 0 is the default situation after the central heating was put into operation in 1995. The heating source was a 35kW atmospheric gas boiler, fitted with equithermal regulation with a timer, without correction according to the internal temperature. Cast iron radiators and manual thermostatic valves were installed in the rooms.

Investment A is the replacement of original windows with plastic ones in the entire building. The investment was 19 500 EUR.

Period 1 shows that consumption decreased due to the window replacement. The average annual consumption was 13% lower during those three years.

Investment B shows the effect of installation of the Evohome wifi zone system in all rooms. This investment in smart heating control was 3 000 EUR. 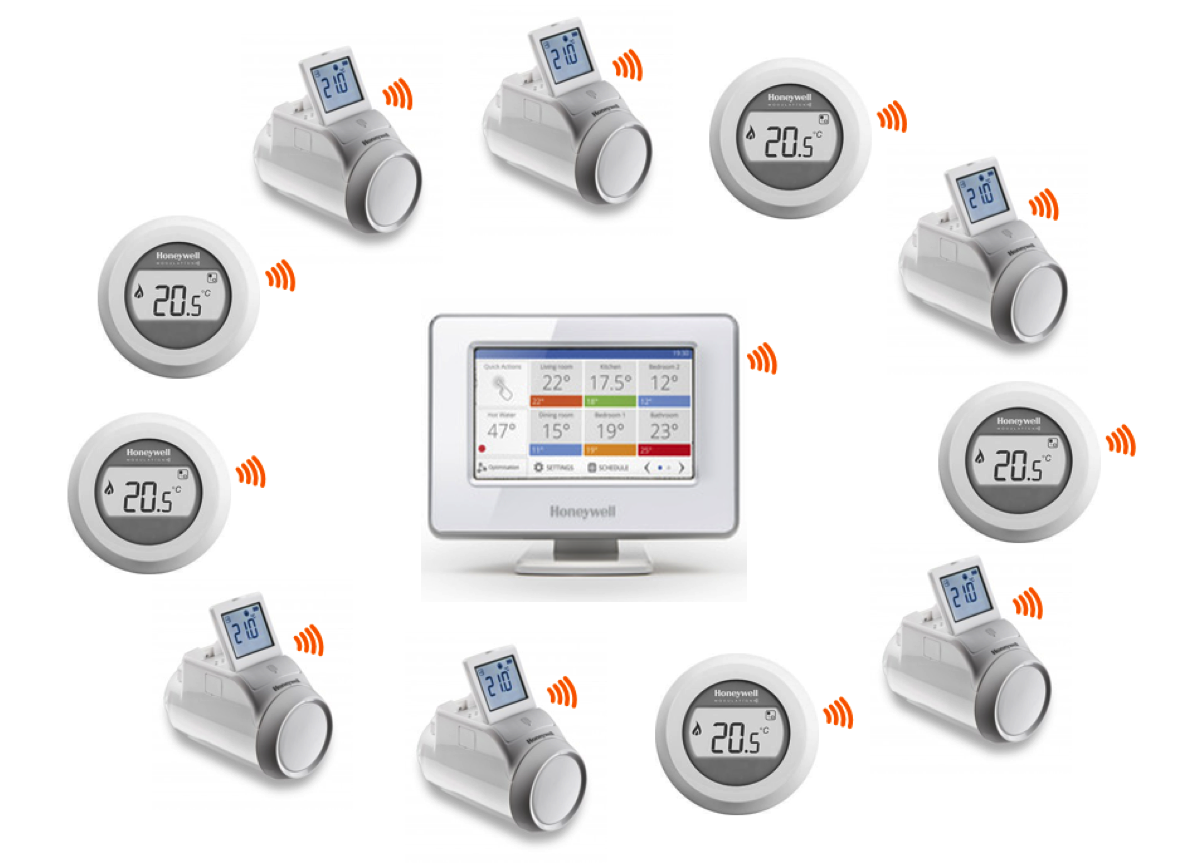 Period 2 represents zone control effects. Thermostatic radiator valves are now controlled by HR92EE wifi heads or MT4 thermoactuators. T87 Round wifi temperature sensors / controllers are used to obtain reference temperatures of each room. The Evohome zoning system has no connection to the boiler, which still has the equithermal regulation with a weekly timer. All zoning elements communicate with the Evohome control unit, which stores individual weekly time programs (different for each room). The programs are adapted to the lifestyle of the tenants, and each of them can set the desired temperature to a maximum of 23°C. The Evohome control unit has Wi-Fi and is connected to a remote server via a router. The server receives requests for changes or temperature settings (for example from a mobile app) and sends them to the control unit. In addition, the server continuously collects various data about the system's behavior, and can provide it on demand. The decrease in average annual consumption compared to period 1 is 19%, and compared to the initial period 0 it is 30%.

Investment C means the heat source replacement. The atmospheric boiler was replaced by a condensing boiler. The investment also includes a new flue liner. Since investments A and B made it possible to reduce the demand for power, a boiler with a smaller power of 30 kW could be installed. A new equithermal control was installed together with the boiler. The cost of of this investment was 3 250 EUR.

Period 3 shows simultaneous operation of the Evohome smart zoning system and the new condensing boiler. The boiler is again controlled only equithermally and not connected to the zoning system. In addition, a lower boiler output is projected into the consumption reduction, because in autumn and spring it works with higher efficiency. Investment C thus brings additional energy savings, compared to the previous period 2, it is 27%, and compared to period 0, it is already 49%.

This comparison shows that now the consumption of the heating system is reduced approximately to a half compared to the initial period before any investments (period 0).

The table also shows the share of individual investments in the savings achieved. While the highest, relatively significant construction investment (window replacement), brought the smallest energy savings. Much lower investments in technological equipment have proven to be far more effective.

ANALYSIS OF THE EFFECT OF ZONE CONTROL ON ENERGY SAVINGS

Evohome zone system generated a saving of 19% in our case study. The impact can be divided into three basic functions:

Remote access is a modern feature. However, people with a regular weekly regimen use it relatively rarely. A person who buys a zone system closely monitors how everything works a month after installation. After a month, however, the user already lets the heating control live a life of its own and doesn't use the remote access very often anymore. So in the long run and with normal use, remote access has ususally little impact. 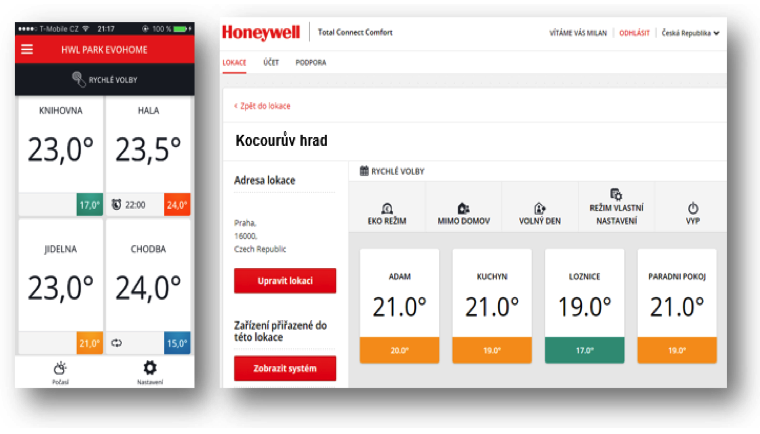 The installation of the Evohome Smart zoning system alone cannot ensure savings. It is also necessary to know how to use it correctly and wisely. If someone invests in it in order to reduce energy bills, and subsequently sets the desired temperature to 24°C permanently in all rooms, he will be disappointed. In the case of using zoning, it is also advisable to make sure that the individual rooms (zones) are as closed as possible. If the rooms are separated by a door, it should not happen that the door remains open all the time. Then one room can be set to a comfortable temperature and the other to a "away" one, but both will be heated to the comfortable temperature.

A wide range of affordable sets on our site