Measuring carbon dioxide (CO2) in breweries and wine cellars has become easier, faster and more reliable over the years. During the fermentation of beer, wine and other products, carbon dioxide is produced in relatively high concentrations. You surely remember those scenes from cellars or brewery, where a buring candle must not go out. Candles were previously used as a simple detector of dangerous concentrations of carbon dioxide.

Carbon dioxide is a colorless, odorless and tasteless gas. It is commonly found in our air in low concentrations. CO2 is a much-discussed topic today in terms of global warming. Ten times higher concentrations are measured in terms of air quality in offices, hospitals or schools. With an increased concentration of CO2, which is then combined with increased temperature and humidity, loss of attention, fatigue and sleep disorders can occur. During fermentation, however, another level of higher concentrations of carbon dioxide are formed. So tens of thousands of ppm.

Carbon dioxide is 1.5 times heavier than air. As a result, it accumulates on the floor.  This must be kept in mind when installing sensors and detectors. Established standards prescribe the setting of warning points. The European Commission Directive specifies the maximum occupational exposure limit TWA. CO2 concentration must not exceed 5000 ppm in a frame of 8 hours. Short-term limit of 15 minutes is not prescribed in the directive. The EN 13779 standard must also be adhered to for air quality assessment.

Formation of carbon dioxide during fermentation

Carbon dioxide CO2 is formed in nature in various ways. In brewerie and wine cellars, it is produced mainly during fermentation. During the fermentation process, sugars are converted in the absence of air (anaerobic fermentation) into ethanol and carbon dioxide.

Beer, according to the Balling formula, produces 0.9565 g of CO2 from 2.0665 g of extract. Young beer binds CO2 to itself only in limited quantities. Most of the CO2 is therefore released and then stays close to the ground. Most carbon dioxide is formed during main fermentation, followed by final fermentation. Similarly, during wine fermentation, a large amount of carbon dioxide escapes into the space. It is necessary to protect the workers of the brewery and the winery against poisoning by this gas.

The carbon dioxide CO2 detection system is mainly intended to ensure safe operation of breweries and wineries. In many small wineries, it may still be common to light a candle that goes out when a large amount of CO2 accumulates. A modern and still affordable approach to security consists of individual sensors with optical NDIR sensors, evaluation control panel and optical or sound signaling.

Optical NDIR sensors work on the principle of Beer-Lambert's law, where some wavelengths of infrared light are absorbed by the molecules of the measured gas.

This sensor consists of two measuring tubes. Both have an infrared lamp and an infrared detector. In one tube there is a reference gas, usually nitrogen, and in the other there is a measured gas. Captured wavelengths are tehn compared with the reference gas.

Carbon dioxide is heavier than air, so it stays close to the ground. This means that the sensors should be installed as close to the floor as possible. Usually 10-20 cm above the floor is an ideal location. The individual sensors then send the measured concentrations to the control panel in the switchboard. The control panel then evaluates all concentrations and turns on ventilation or alarm.

Exposure limits of the control panel are in concordance with the legislation and the amount of carbon dioxide emitted during fermentation. European Commission Directive 2006/15 / EC sets maximum exposure limits during working hours. According to this directive, a permissible concentration is 5000 ppm CO2 over 8-hour period.

Short-term excess concentrations should be monitored for safety. Combination of warning and other safety elements to the individual limits must be assessed individually for each application. Various elements such as fans, sirens, beacons and warning signs can be connected to the individual switching limits.

When the limit of 5000 ppm is reached, a control panel turns on ventilation systems connected to it, then at 15,000 ppm a warning signal lights up, when it exceeds 25,000 ppm an audible signal starts and at 30,000 ppm a no entry warning sign switches on to prevent personnel entering the space. 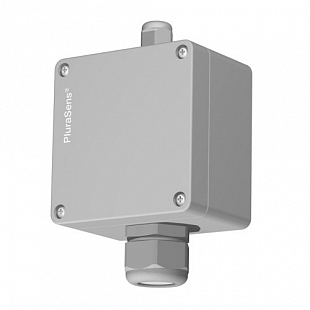 The E2618-CO2-50K concentration sensor is one of the new PluraSens® range of multifunction meters. For breweries and wineries, it is supplied with a temperature-compensated optical NDIR sensor with a range of 0-50000 ppm CO2.