Hard and ferrous household water: why water treatment pays off

Are your home appliances covered with limescale? The investment in a softener will pay for itself within a few years.

Are your taps covered with a white layer of lime scale, the life of your expensive household appliances is below average and your food doesn't taste as good as anywhere else? You probably live in an area with very hard water. We will advise you on how to solve the situation. Plus, we'll show you how much it costs.

The term "hard water" simply refers to water with an increased content of dissolved minerals. These are mainly calcium and magnesium, but often they are also strontium and oxides of iron or manganese.

The mentioned elements get into the water most often when transporting through a rock formation, where dolomite and limestone predominate. Limestone (calcium carbonate) is harmless to the body and even contributes to the natural balance of water. However, it is the cause of limescale formation - the dreaded threat of our washing machines and water taps.

If you often have to replace your appliances due to hard water, it's time to think about getting a water softening device.

Water softeners usually work on the principle of ion exchange - with the help of salt, dissolved calcium and magnesium ions are absorbed and sodium ions are released.

Such softening systems are not a complete novelty, but in the past they have been the target of criticism by environmental organizations. These drew attention to the large amount of water used for regeneration and the discharge of large amounts of salt into wastewater.

However, this no longer applies to modern, computer-controlled devices. We have had a very good experience with Honeywell KaltecSoft water treatment devices. This softening station is controlled by a modern microprocessor on the principle of intelligent regeneration. In practice, this means that the station calculates how much water it will be able to soften based on the entered water hardness and the integrated consumption meter. During operation, it then checks the remaining capacity and automatically starts regeneration at a set time (for example at night). It makes sure that the ion exchanger is restored to exactly 100% capacity. Thus, the remaining unused capacity of the ion exchanger is not wasted. In the long run, therefore, it significantly reduces the amount of water and salt consumed for regeneration. 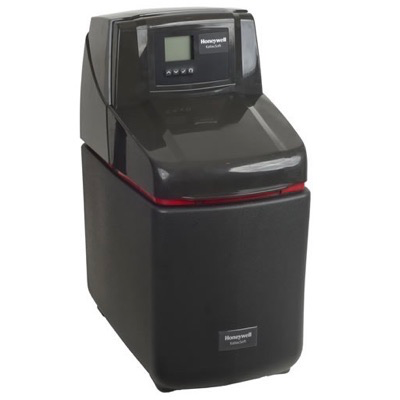 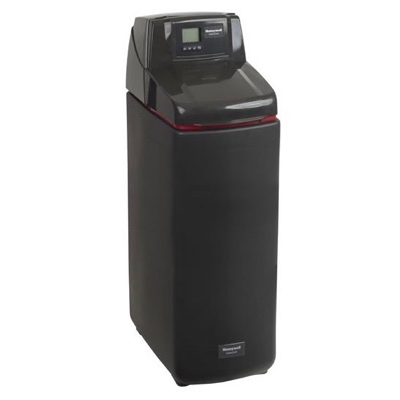 Consult the size with a proffesional

Reduced water and salt consumption logically impacts not only the environment but also your wallet. Customers often ask what size of water softener to choose. Although softening stations monitor consumption and automatically adapt accordingly, it is still important to have an idea of ​​the amount of water your household uses before making a purchase.

For a device with an undesized capacity, regenerations will occur more often than necessary, which will adversely affect the economic balance of its operation. At the same time, it will also be necessary to refill the salt container more often, which corresponds to the approximate capacity of your water softener. With the accurate capacity, you will only need to top it up every few weeks.

For this reason, we offer a wide range of Honeywell KaltecSoft water treatment devices with an approximate capacity for 7, 15 or 21 people, while there are no significant differences in the retail prices. After all, you can calculate the costs of ater softening yourself in our interactive calculator.

At first glance, price of a water softener, which is about € 870, may seem high. However, if you look at a more detailed calculation, the return on investment usually happens in the matter of several years.

In this regard, an Innogy survey provided interesting data. According to their research, the impact of hard water reduces the life of a washing machine by almost four years. For a dishwasher, its life cycle is shortened by three years. In both cases, service decreases by about a third.

Household operating costs also rise significantly. For example, the efficiency of a water heater is, according to the survey, on average 12.8 percent lower, similarly it would be with limescale-covered radiators.

Limescale is also behind the rapid wear of plastic and rubber seals. According to the survey, more than 3.5 cubic meters of water can drip through a leaking tap alone - more than the largest water softener for 21 people consumes in a whole year. Not to mention other benefits of using softened water, such as reduced usage of detergents, beneficial effects on your skin, or the disappearance of unsightly stains in the bathroom or kitchen.

It is practically impossible to get rid of limescale in pipes or household appliances. However, it is not necessary to purchase special cleaning agents to clean dirty faucets or showers. Common household supplies in your kitchen will serve this purpose well. In practice, vinegar and a microfiber cloth proved to be very helpful. Mixed with water, is also suitable, for example, for cleaning electric kettles. Very good results when cleaning faucets and shower heads can also be achieved with baking soda or citric acid. All you have to do is moisten the battery, sprinkle it with powder, leave the product on for a few minutes and then scrub it with a kitchen sponge. Never use a wire brush, which will easily damage your taps irreversibly.